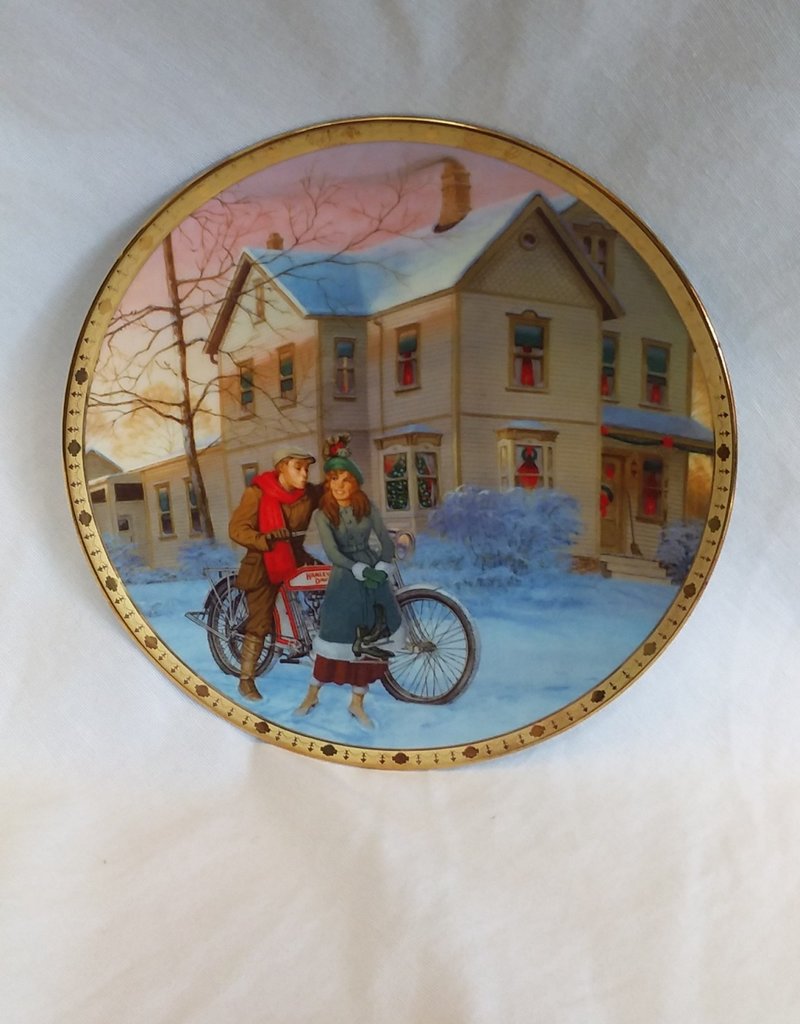 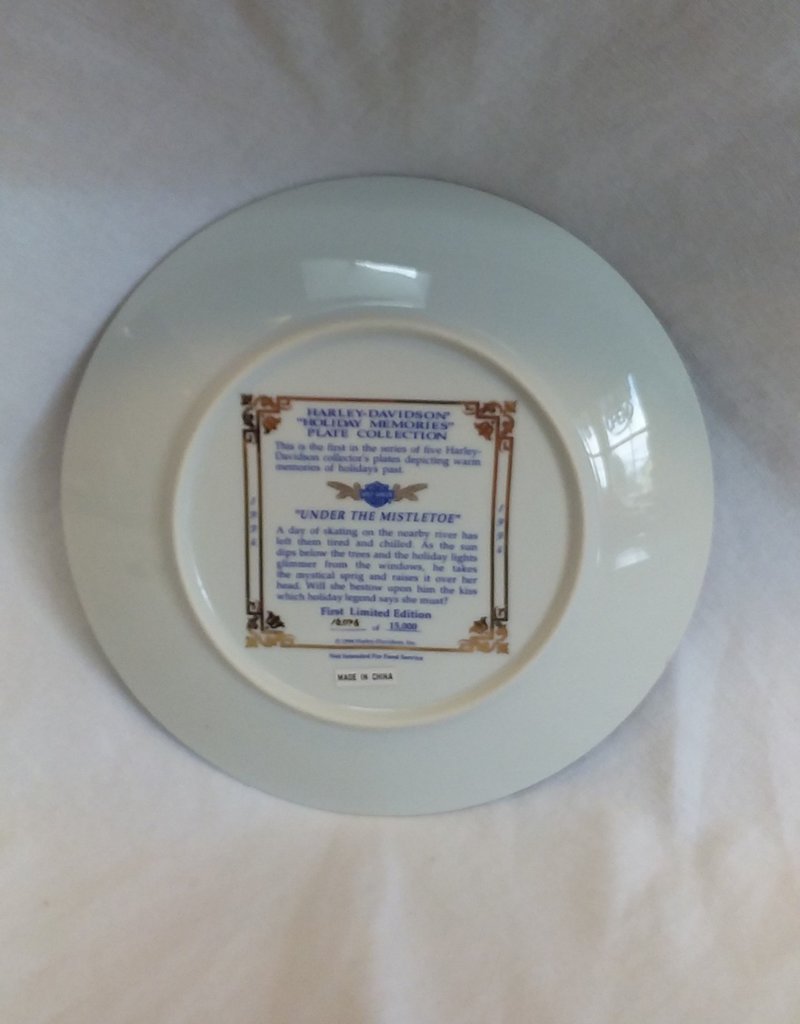 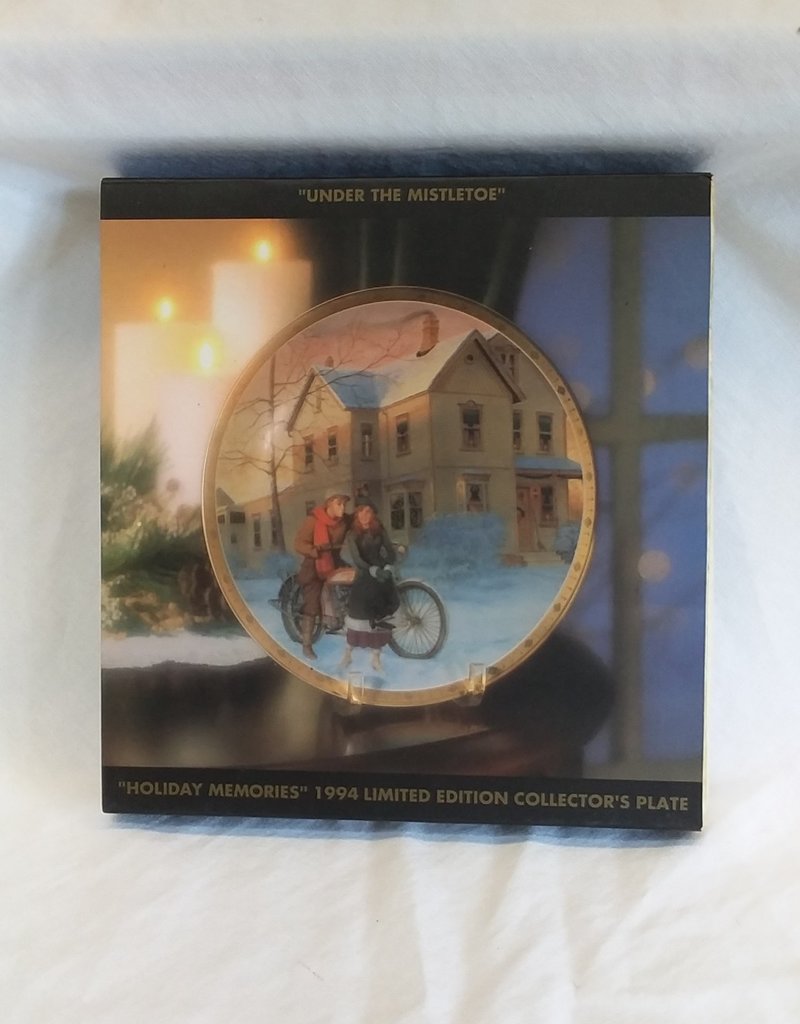 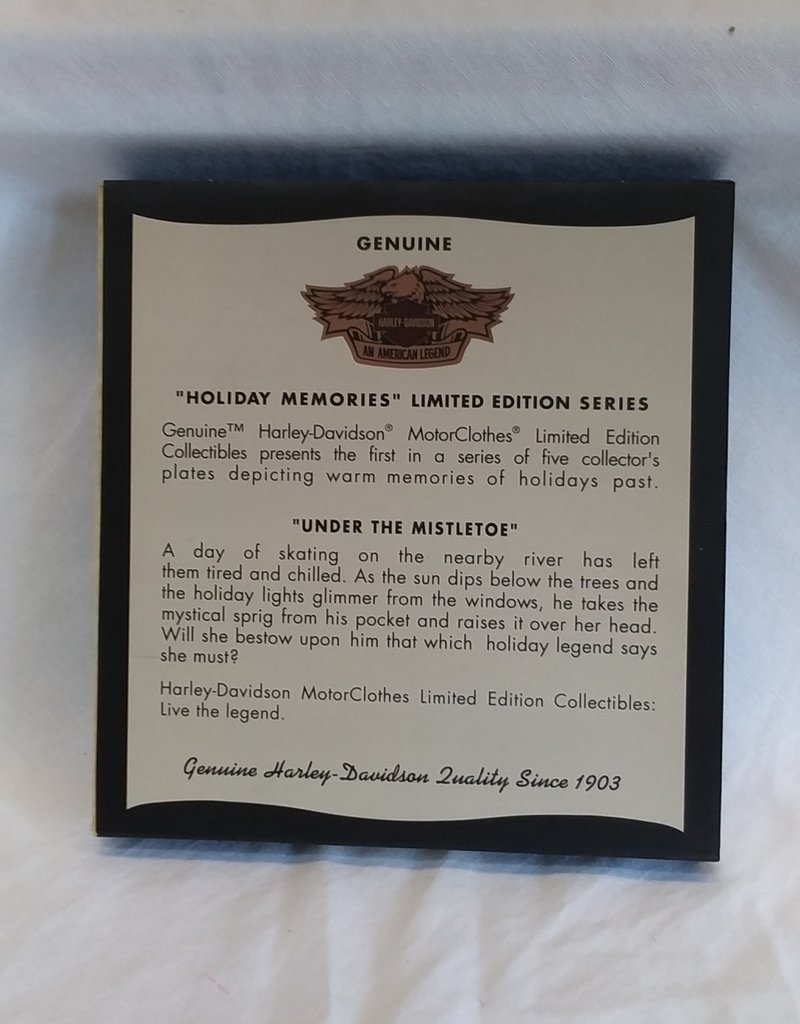 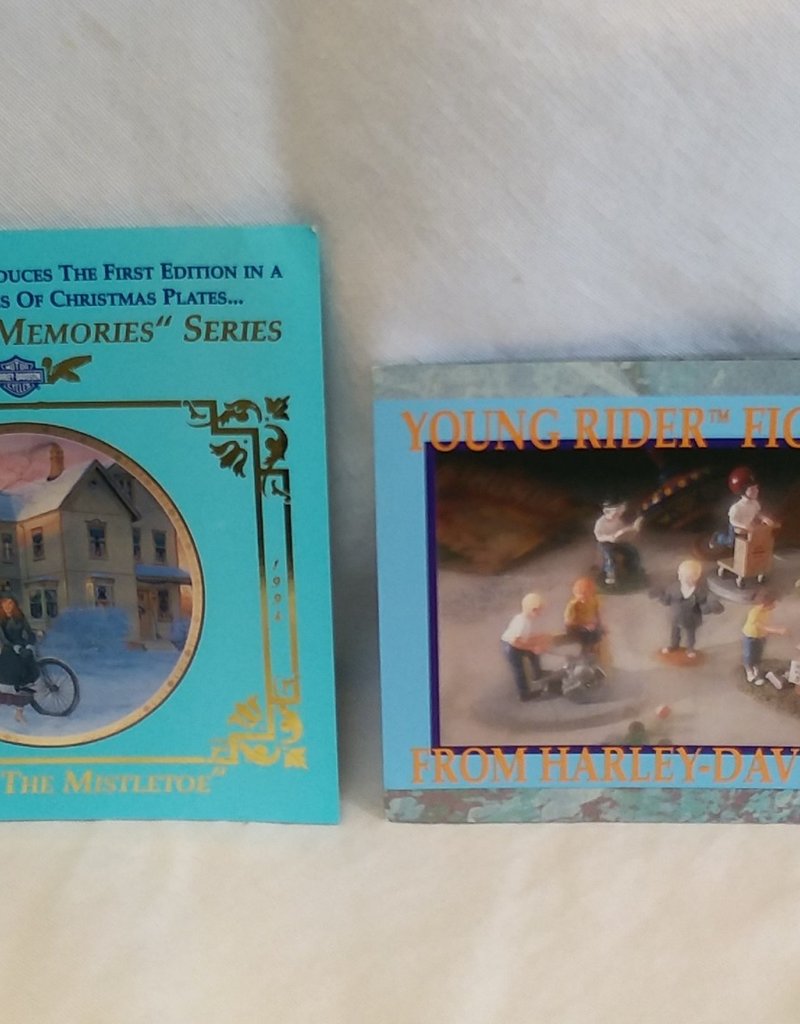 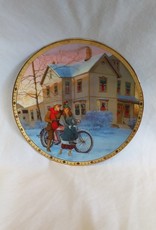 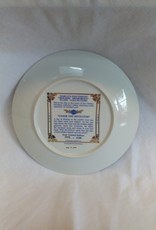 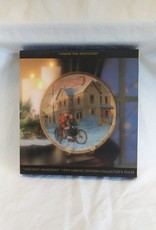 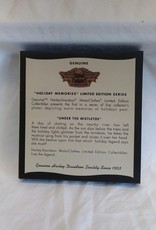 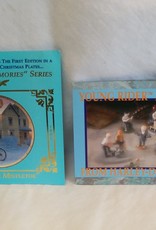 1994. The 1st in a series of 5 "Holiday Memories" collections plates for Harley Davidson. #14076 of 15000. Depicts a young man on a Harley holding mistletoe over a young ladies head, hoping for a positive response. The inner box holding the plate is ripped on one end. NIB (included) as this has never been displayed outside of the box, as part of an extensive Harley memorabilia collection. Also included are 2 pamphlets, 1 stating the idea behind this particular scene & 1 showing various Harley figurines also available. See photos. 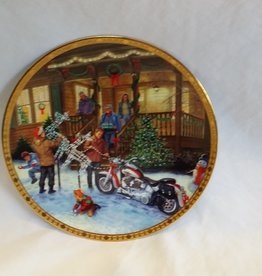 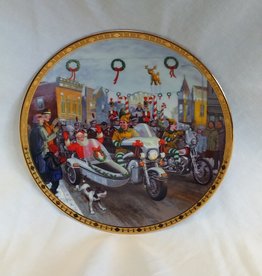 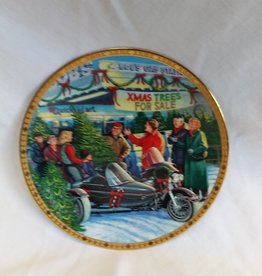 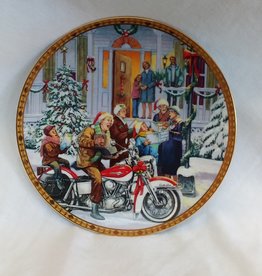 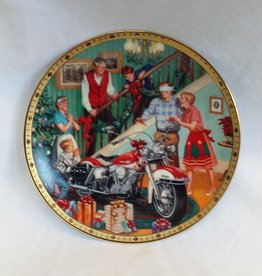 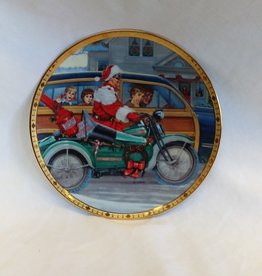 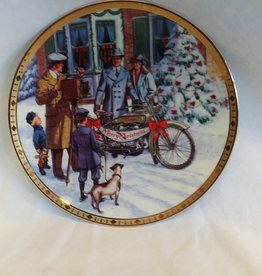